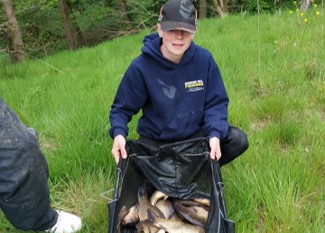 Whitmore East Canal was the chosen venue of City Social for the second leg of the inter-club match. Following on from our home leg on Bradshaw Fishery Lake 4, Team Rammy were trailing by 15lb 6oz, so the guys were up against it. As normal Lee ordered in some foul weather, but tried to pass it off this time as not being his fault!! The word on the street was that heavy feeding was going to be the order of the day, and so gallons of maggots were ordered in to make sure we were all prepared.

Well, it turned out that the complete opposite was to be the case, with heavy feeding killing the swim straight away. It proved to be a tough day fishing, testing everyone to their limits to work out how to get a bite, but the boys did us proud by winning the match with 199lb 15oz to City Social 118lb 14oz.

This gave Team Rammy the win by 81lb 1oz, which meant that we retain the trophy for another year by an overall weight of 66lb 11oz. Well done to Gary and his team of 10.

And a special well done to Charlie, one of our three Junior musketeers representing the club, on winning the match overall with 48lb 3oz (this lad is one to watch out for in the future). 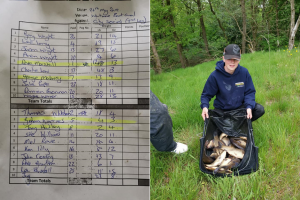 Thanks to Tom and the anglers from City Social for once again brilliant enjoyable inter-club. See you all again next year. 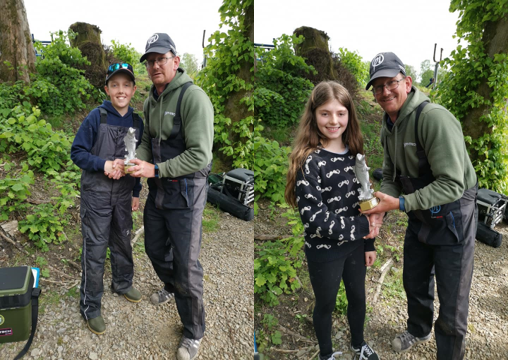 On Sunday 19th May we held our first Junior Match of the year at Bradshaw Hall Fisheries Lake 7 with a full complement of 12 juniors taking part. With a wide range of experience on show we split the Juniors up into 2 sections, Section 1 Advanced Anglers and Section 2 Up and Coming Anglers. Lake 7 can be a bit tricky, but if you find the right approach on the day it can be productive.

The sun Gods shone down on everyone and a very enjoyable days fishing was had by all. 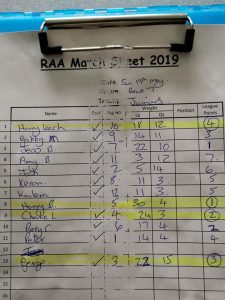 Well done to all who took part and a big thank you goes out to all the Coaches, supporters and parents for the help and support. 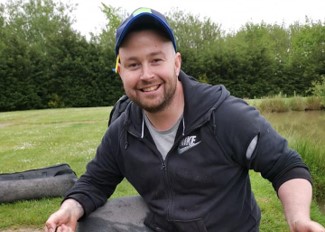 Saturday 18th May saw our fourth senior match of the season for the G&N Auto trophy, held on Sycamore Rowan with 10 anglers taking part. This water can be tricky venue as the fish tend to spook very easily, but there are a good few lumps to be caught so judging the right tackle and approach can be difficult.

Despite the forecast, the day proved to be quite pleasant which made a change from the previous matches!! 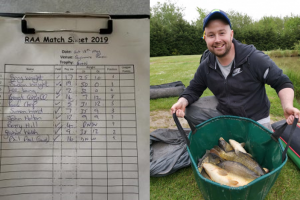 Well done to all who took part… Next week we take on City Social in the second leg of the interclub at Whitmore (East Canal).
Lee (match secretary)
#baittech
#tightlines 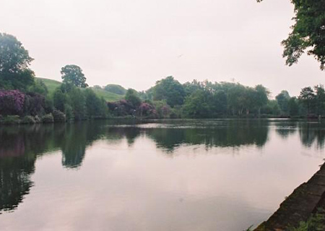 Sunday 12th May saw what could have been not only the first day of Summer but was also the first senior interclub match of the season. Gary and his 10-man team faced off against City Social on the 1st leg of the match on Bradshaw Lake 4.

On the day it was the tale of the two sides of the Lake, with the wall side fishing particularly hard. In the end City Social take a 15lb 6oz lead into the next leg to be held at Whitmore on 26th May. 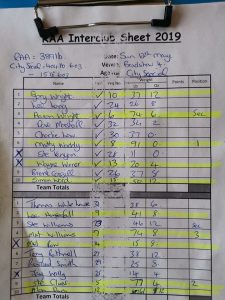 Well done to all who fished… Looking forward to the 2nd leg.
Lee (Match Secretary)